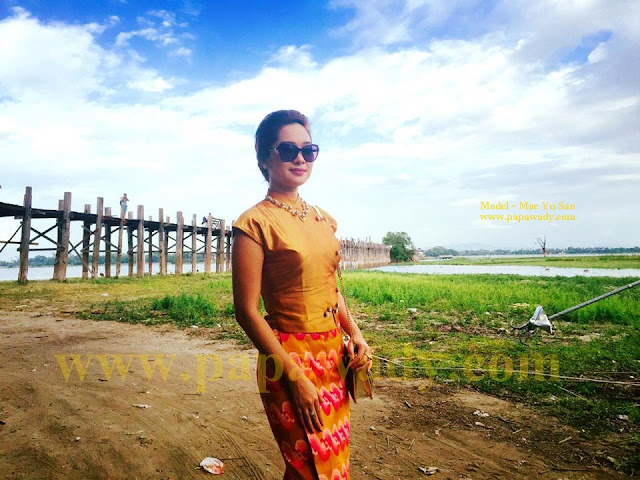 Myanmar Actress and Model Moe Yu San share her new photos on her facebook for her fans. She look pretty and nice in Burmese traditional longyi and yin phone outfits.
She asked "မႏၲေလးျမို့အလွနဲ့ ဒီပံုစံေလးကို ျကိုက္ရဲ့လား "

Mandalay is the second-largest city and the last royal capital of Burma. Located 716 km north of Yangon on the east bank of the Irrawaddy River, the city had a population of 1,225,553. 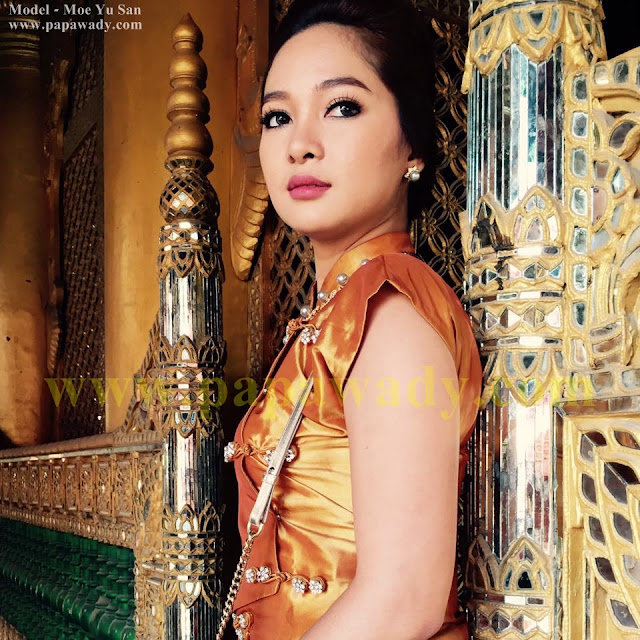 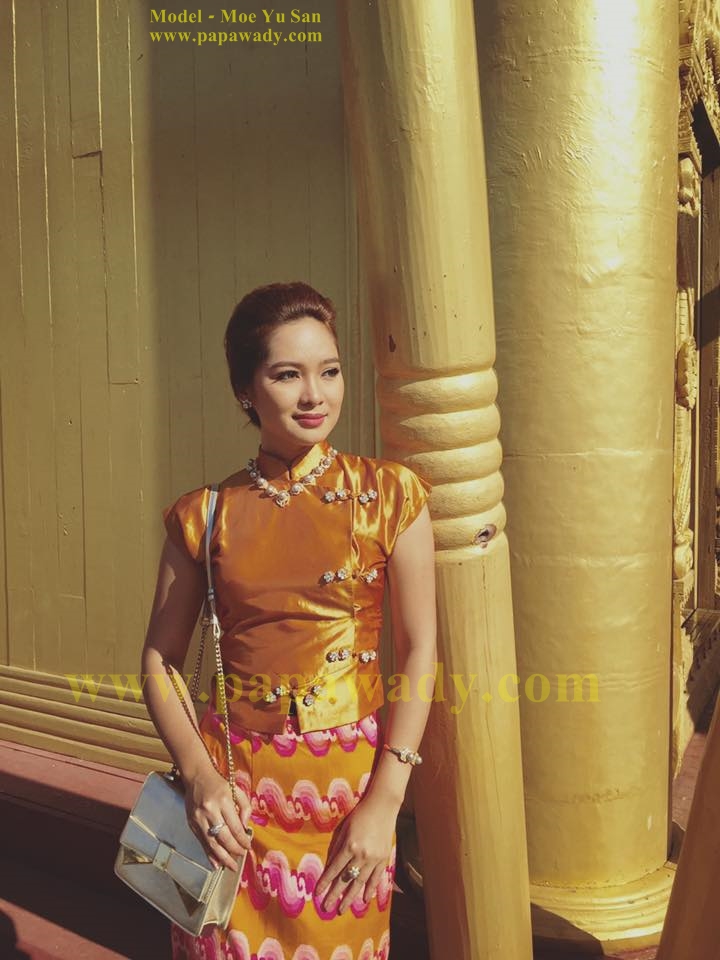 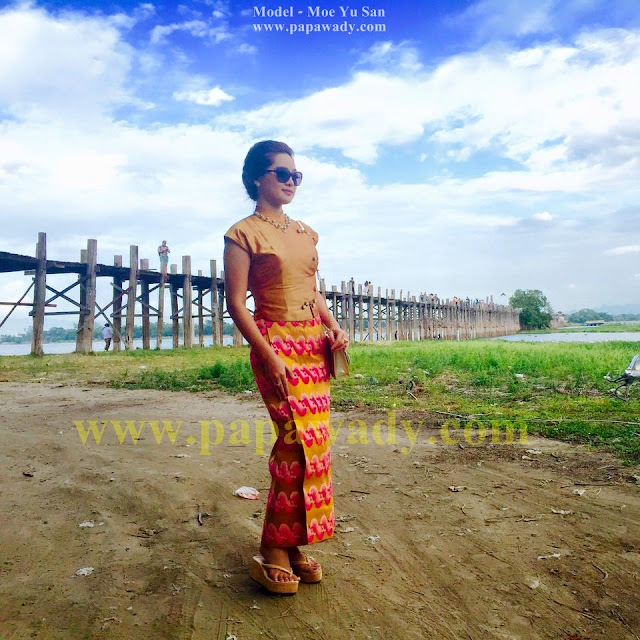 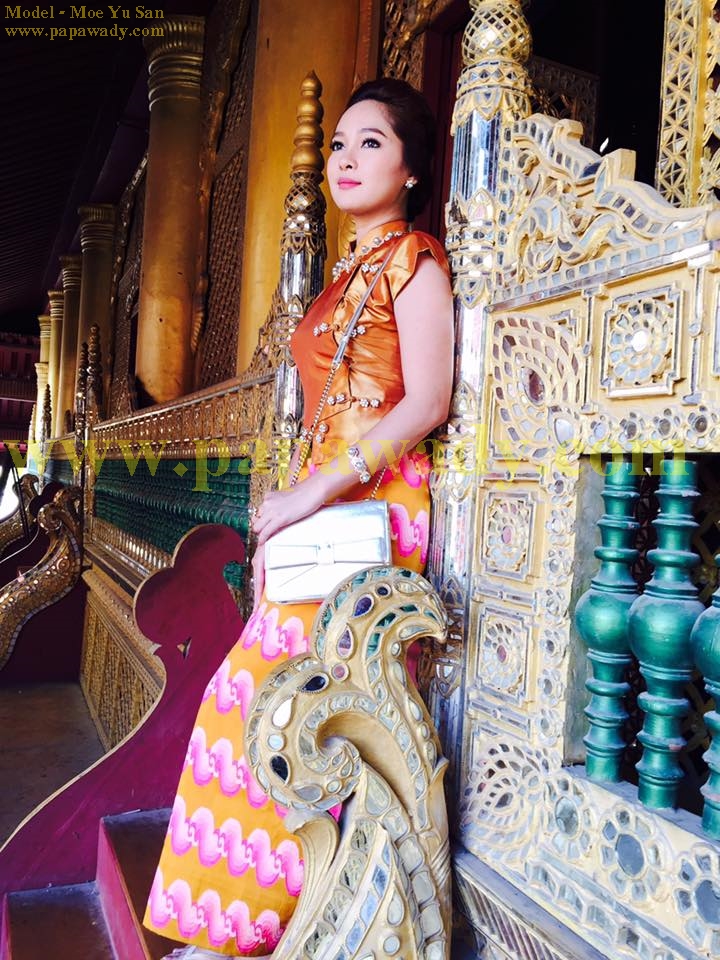 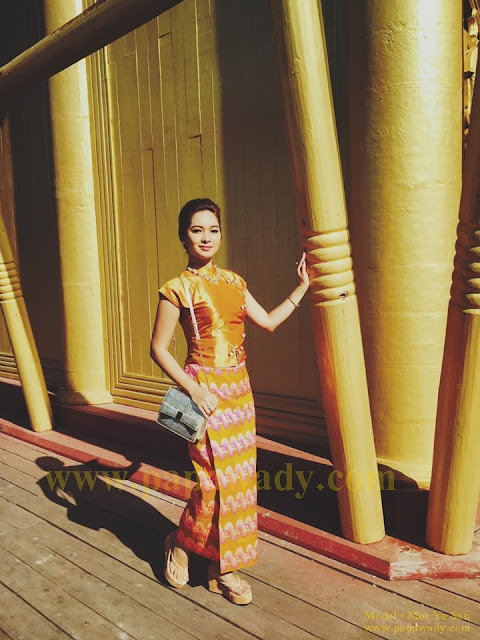 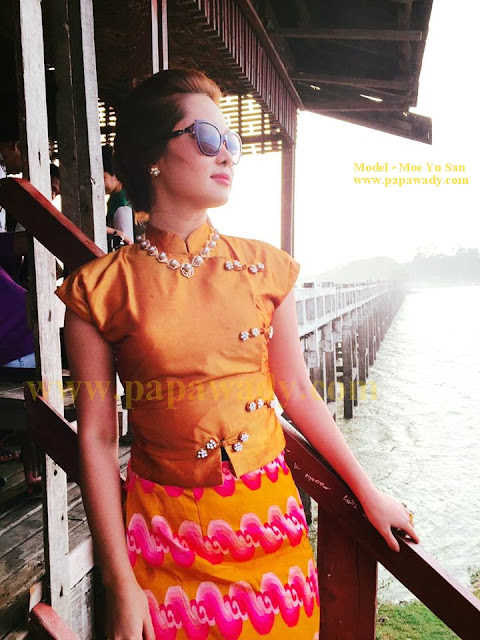 Myanmar Model Moe Yu San traveled to Mandalay and she share her latest activities on her facebook. She went to the Mandalay Palace , U Pain Bridge and  also went to Shwe Kyaung. She look beautiful and amazing in this myanmar traditional outfit.You can also see her photos in burmese dress outfits here.