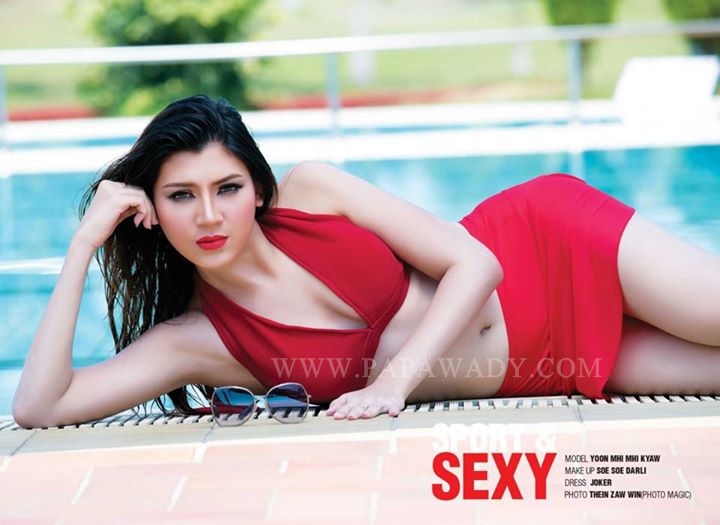 Yoon Mhi Mhi Kyaw Features in Sport Magazine Myanmar. She had a fight with her ex nine one few weeks as it was big hit on internet. She and her friends did this according to Singer Nine One but he finally did nothing to sue her. 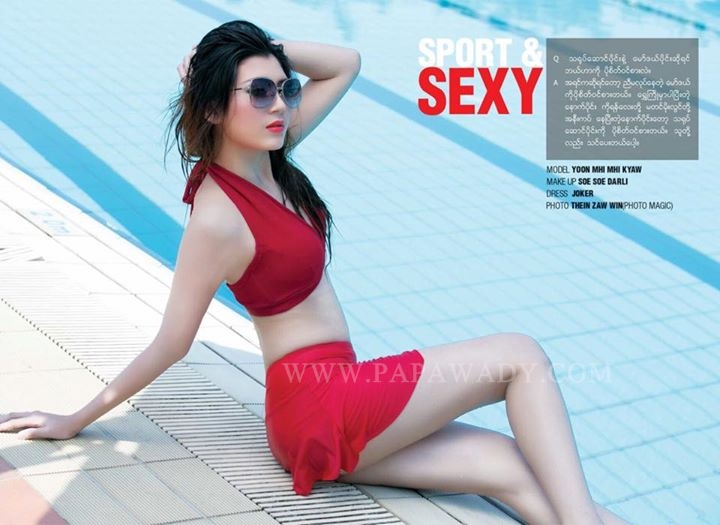 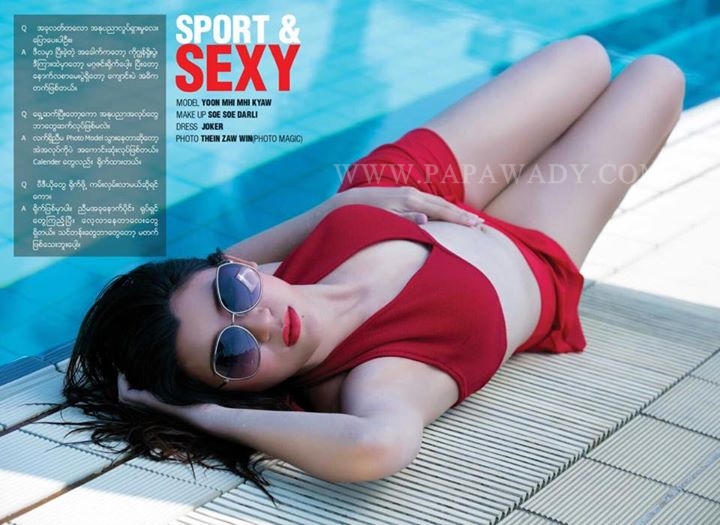 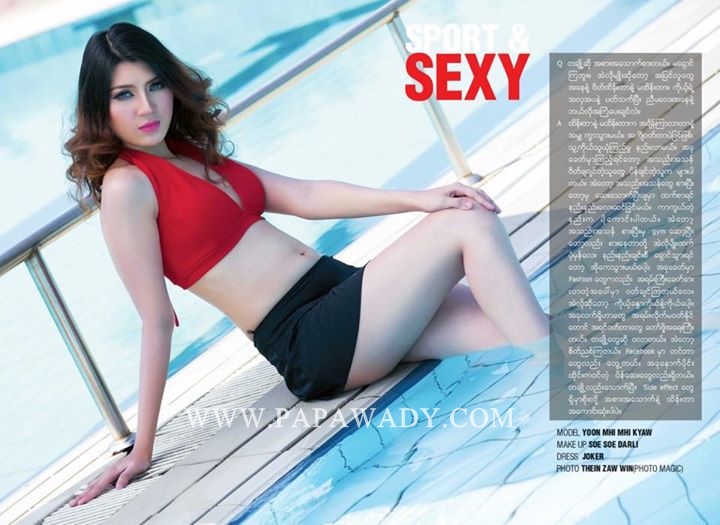 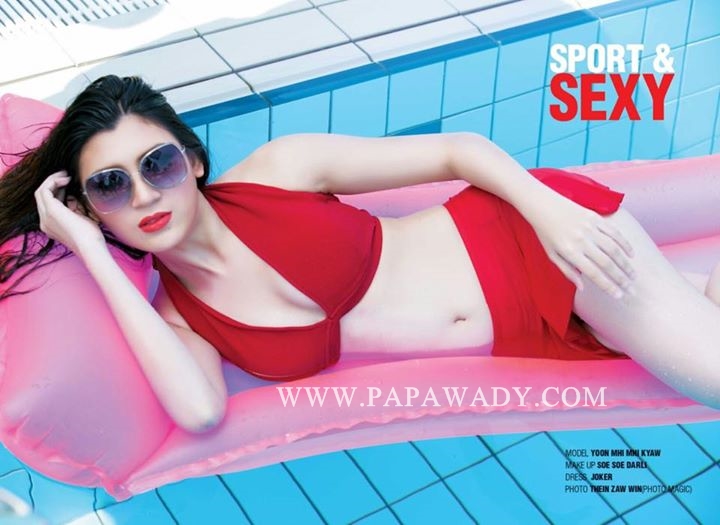 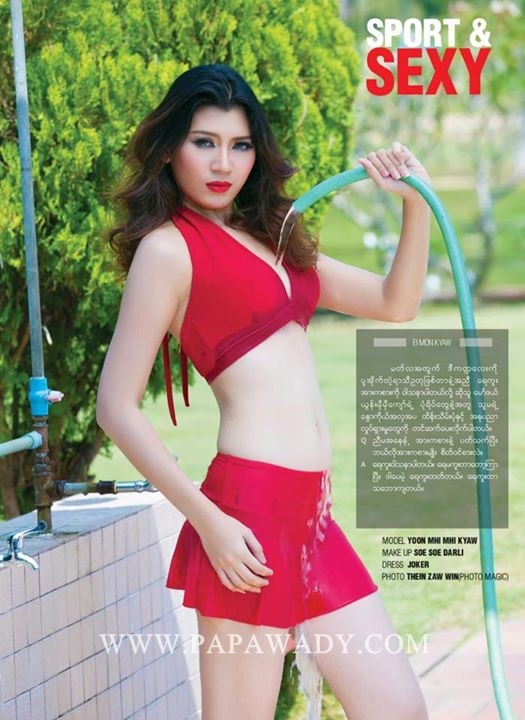 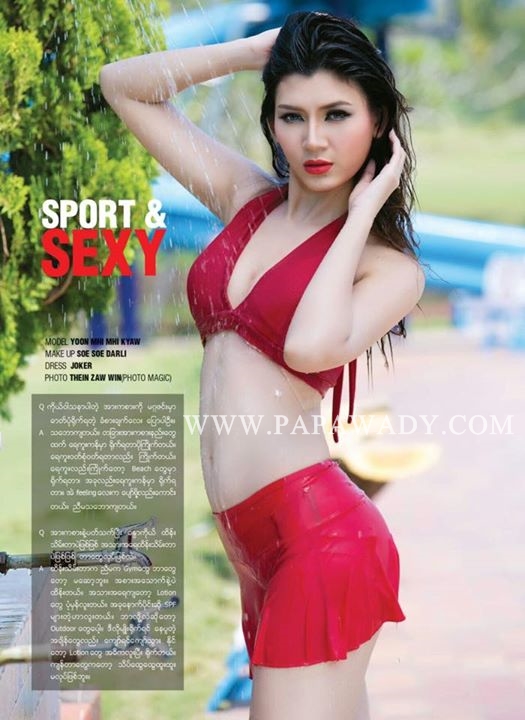 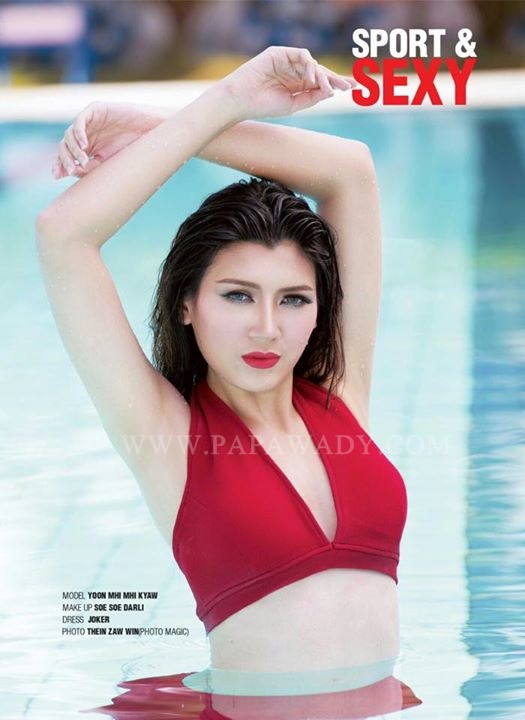 Yoon Mhi Mhi Kyaw is new talented model. She became popular after she grab a crown for Miss People Magazine Myanmar in 2013. She also compete in Miss Myanmar Universe 2014 and did not win first prize. She also known as girfriend of singer Nine One but they broke few months ago and their fighting on facebook was become internet big gossip story.