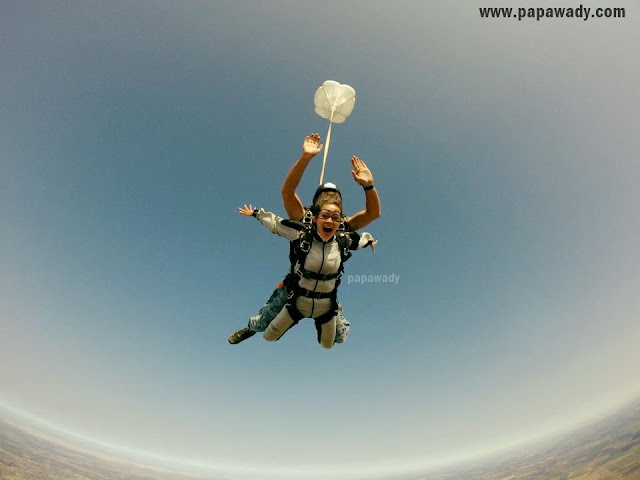 Woww...look at that. Myanmar Model Awn Seng goes Sky Dive in USA.
Photos are amazing. She post it on her facebook to share with her fans. Enjoy 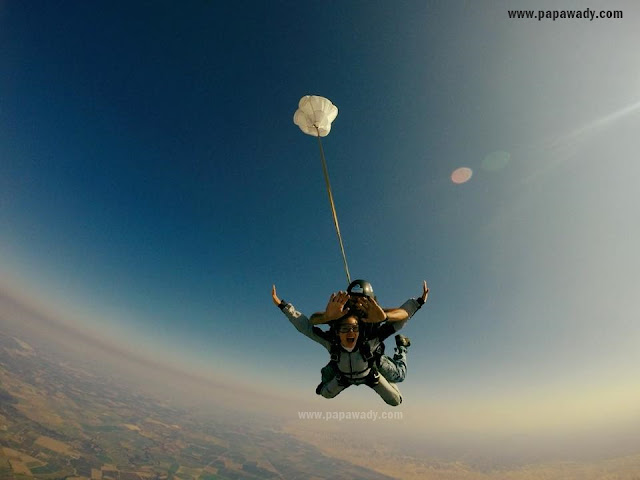 Parachuting, or skydiving, is the action sport of exiting an aircraft and returning to Earth with the aid of gravity, then slowing down during the last part of the descent by using a parachute. It may or may not involve a certain amount of free-fall, a time during which the parachute has not been deployed and the body gradually accelerates to terminal velocity.

Andre-Jacques Garnerin was the first to make successful descents using a canvas canopy and small basket, tethered beneath a hot-air balloon. The first intentional freefall jump with a ripcord-operated deployment is credited to Leslie Irvin in 1919.

The military developed parachuting technology as a way to save aircrews from emergencies aboard balloons and aircraft in flight, and later as a way of delivering soldiers to the battlefield. Early competitions date back to the 1930s, and it became an international sport in 1952.

Parachuting is performed as a recreational activity and a competitive sport, as well as for the deployment of military airborne forces and occasionally forest firefighters. 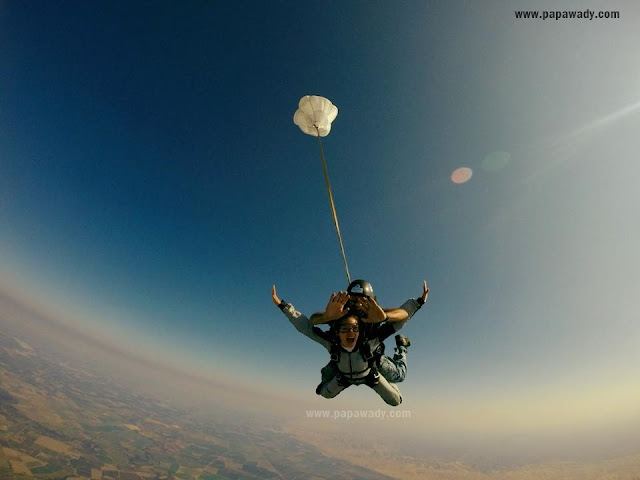 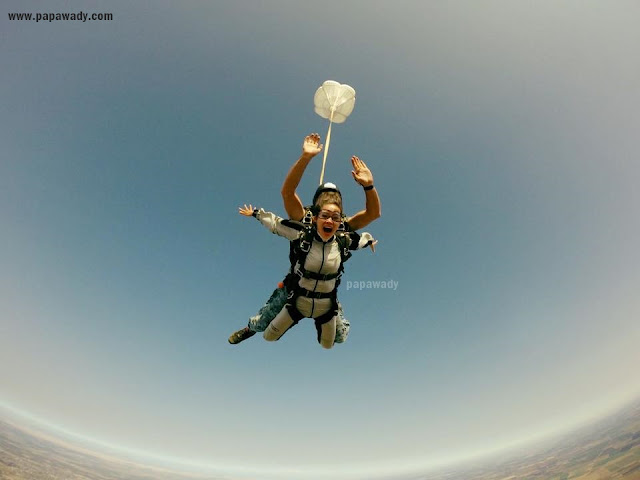 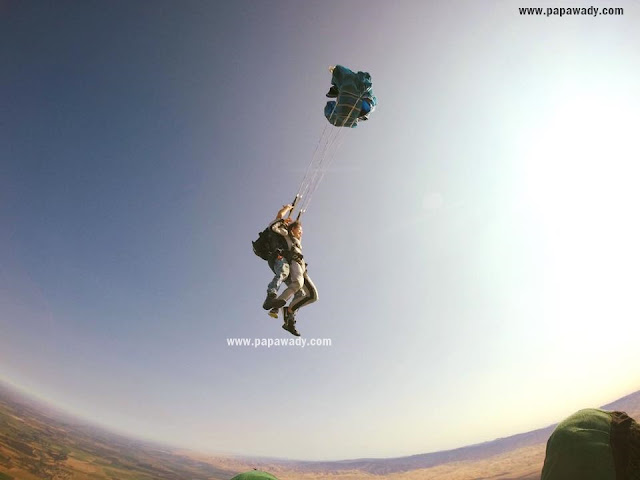 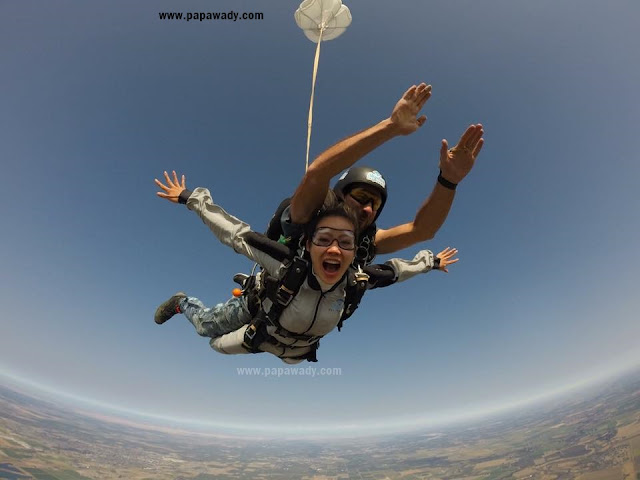 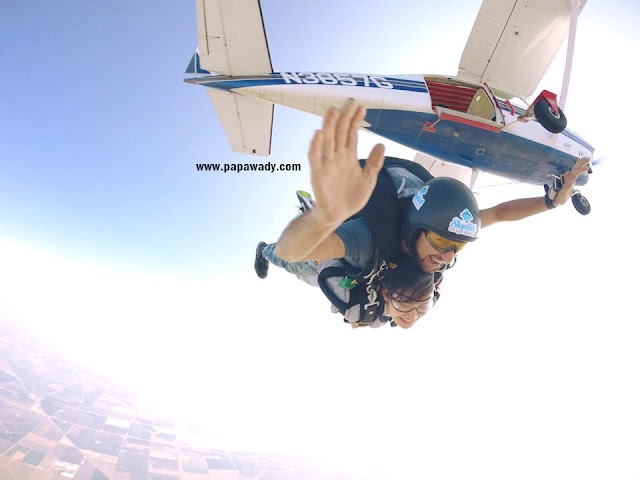 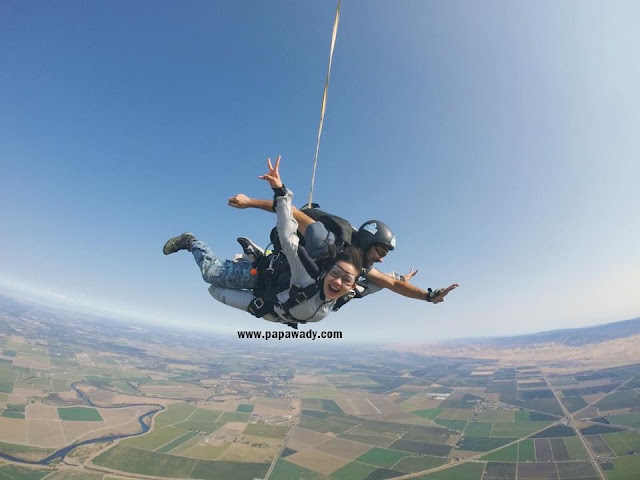 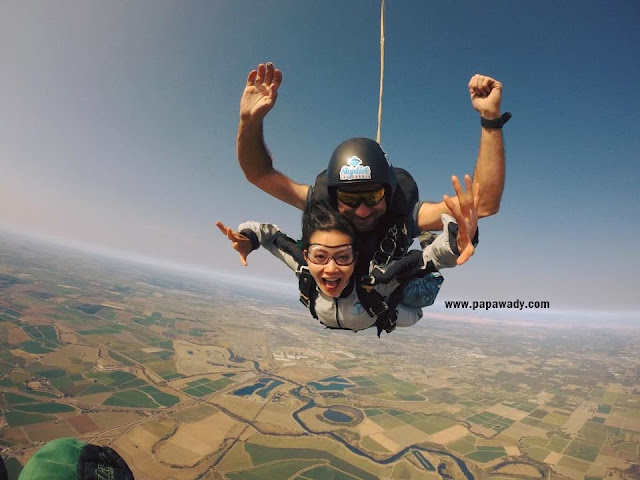 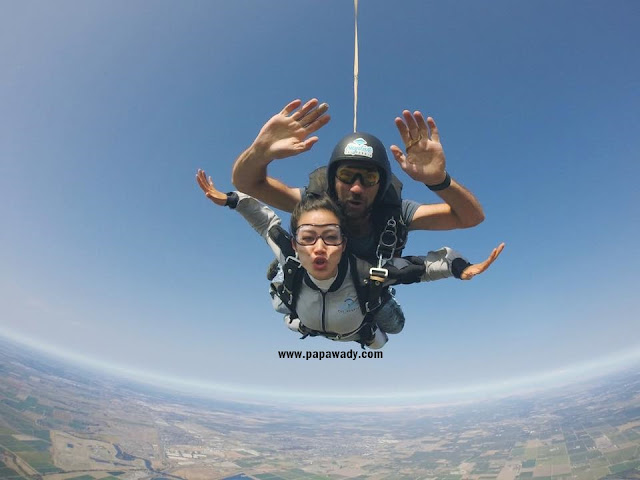 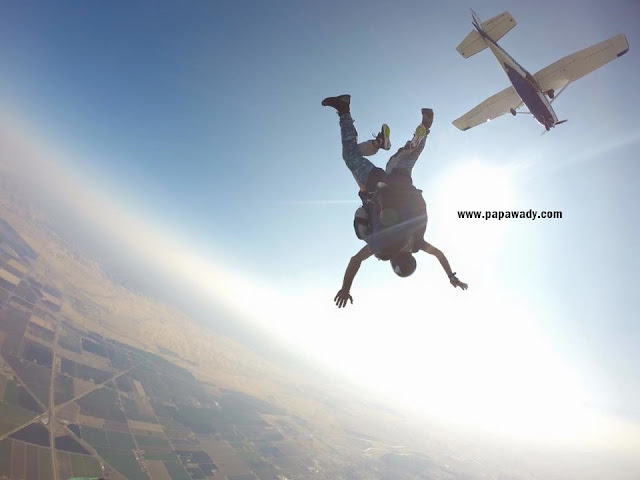 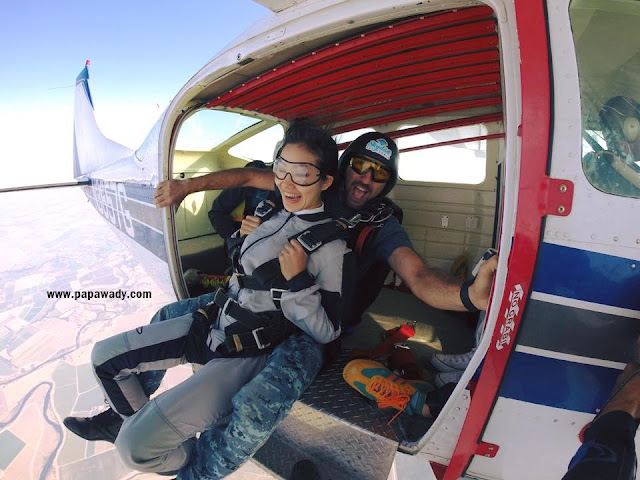 Myanmar Model Awn Seng enjoyed sky diving in USA maybe probably her best and amazing moment in USA. Her friend model M Seng Lu jumped with too. She was smiling and look wow before she jump as you can see in the last picture. Celebrity life isn't too bad when you can travel and enjoy those adventures moments.


Awn Seng Celebrity of the Week