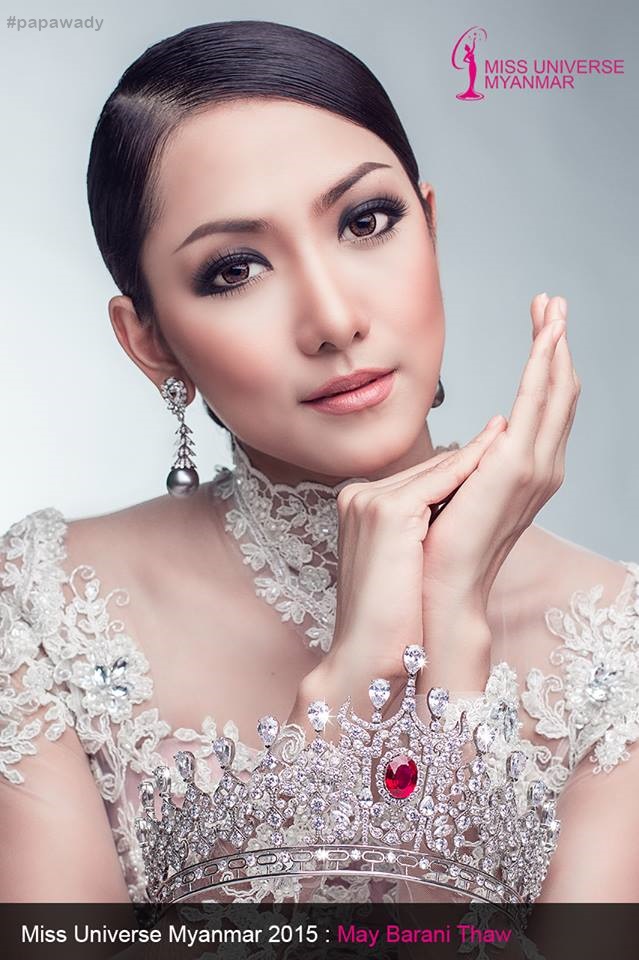 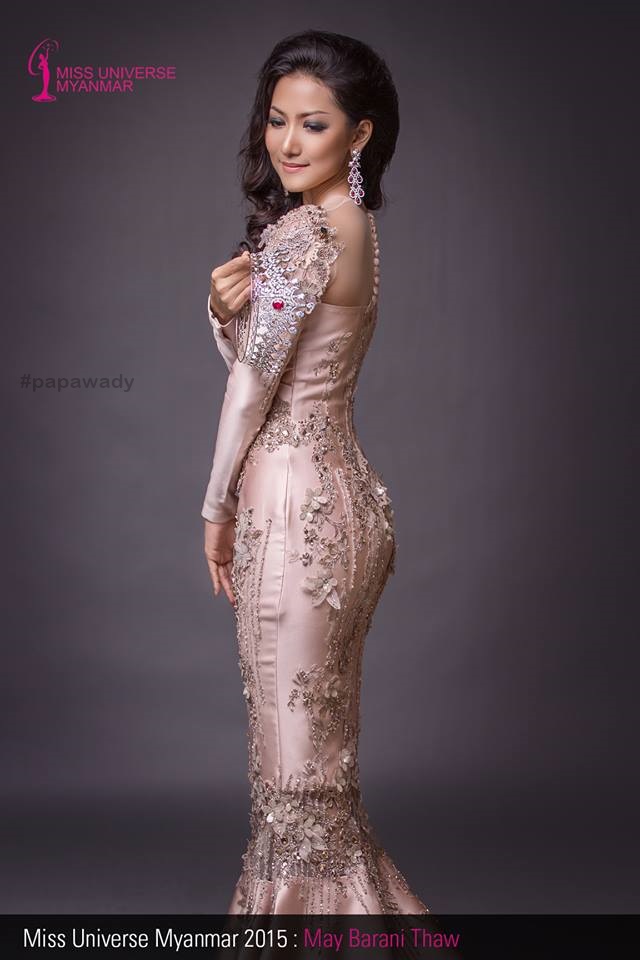 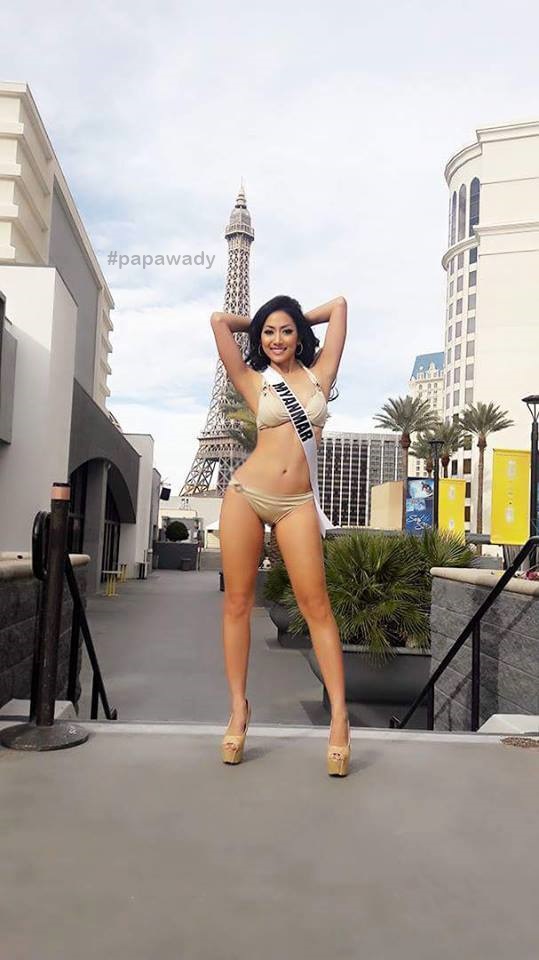 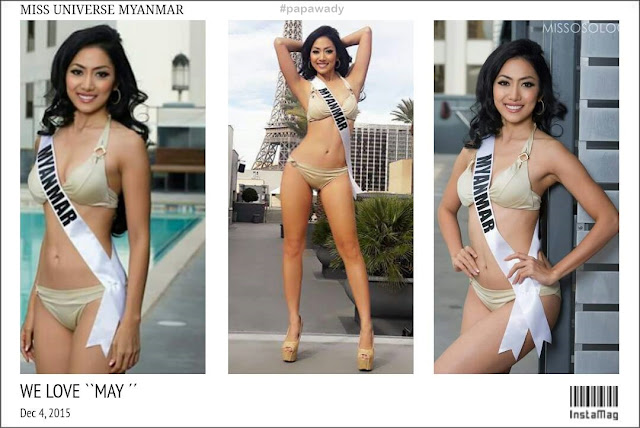 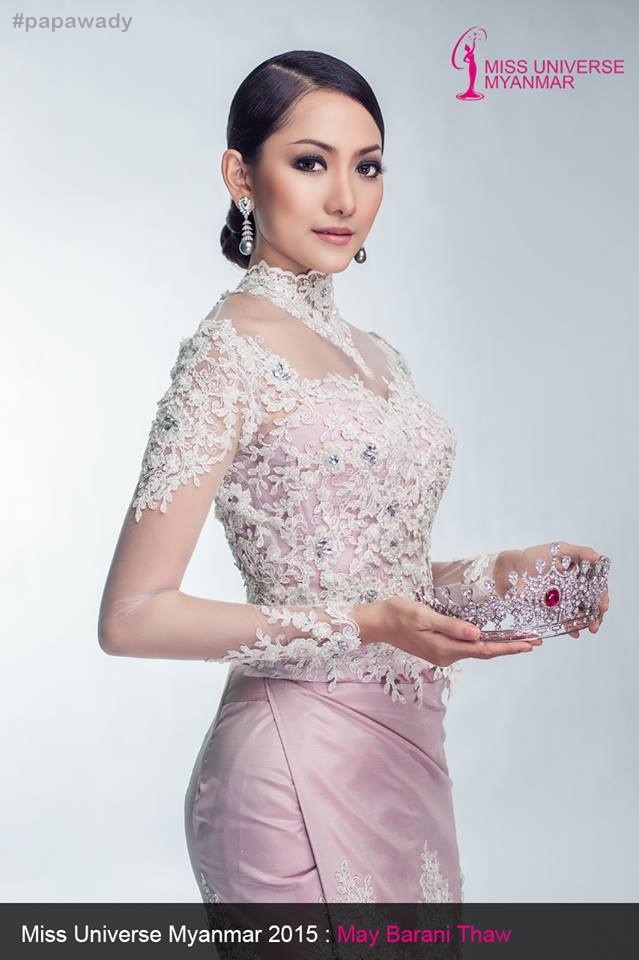 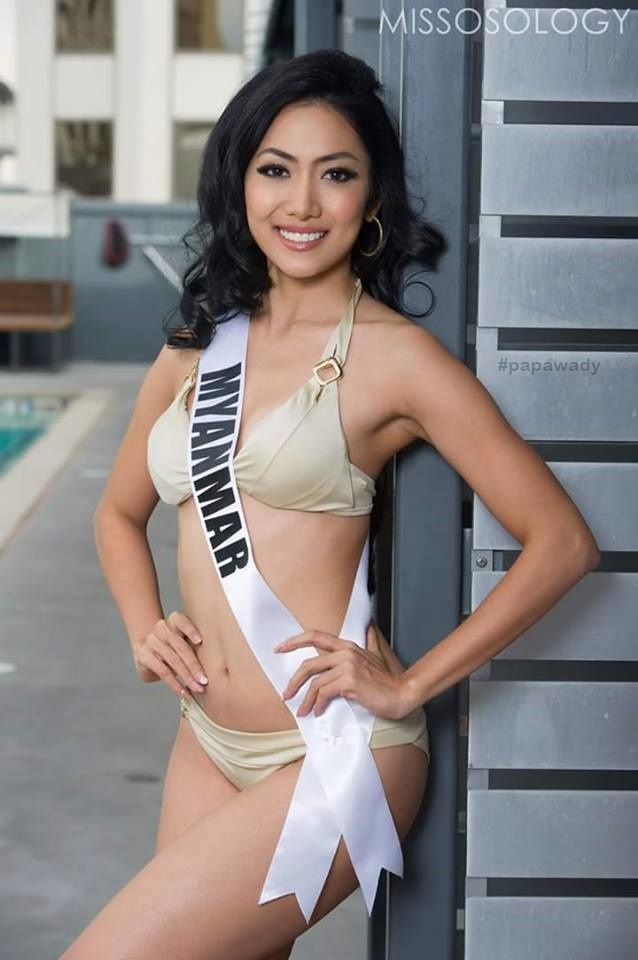 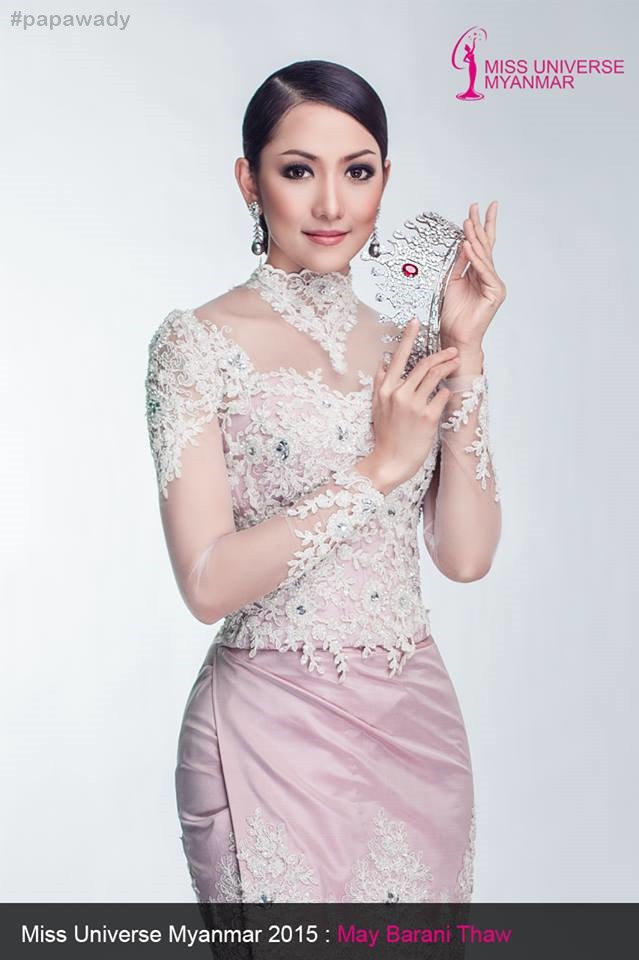 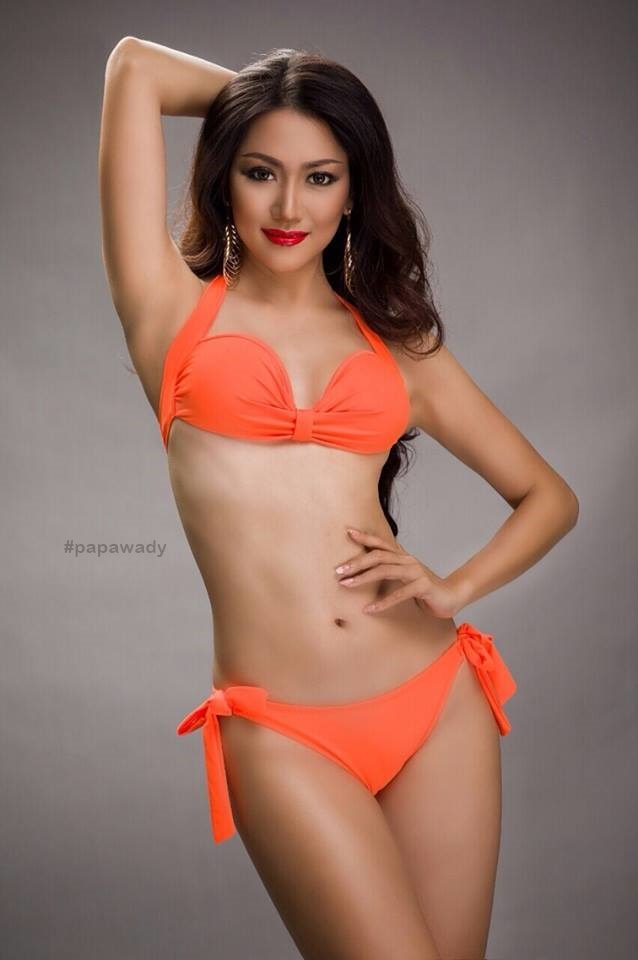 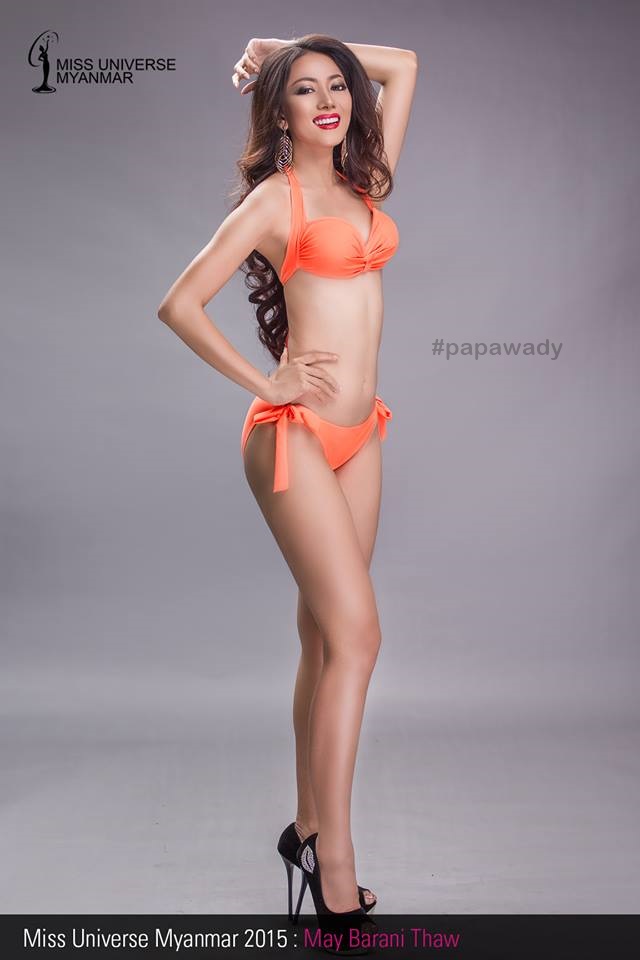 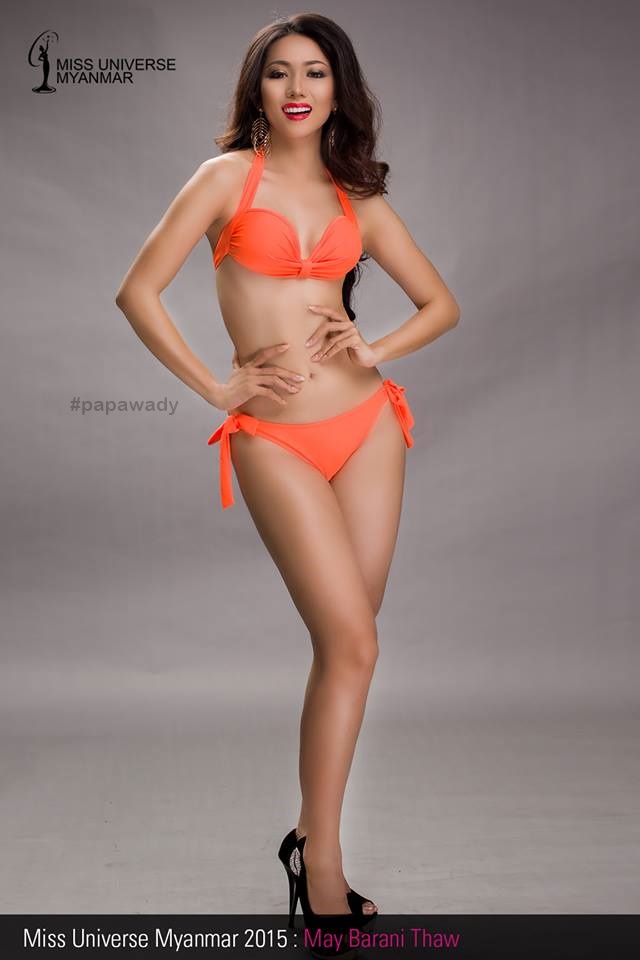 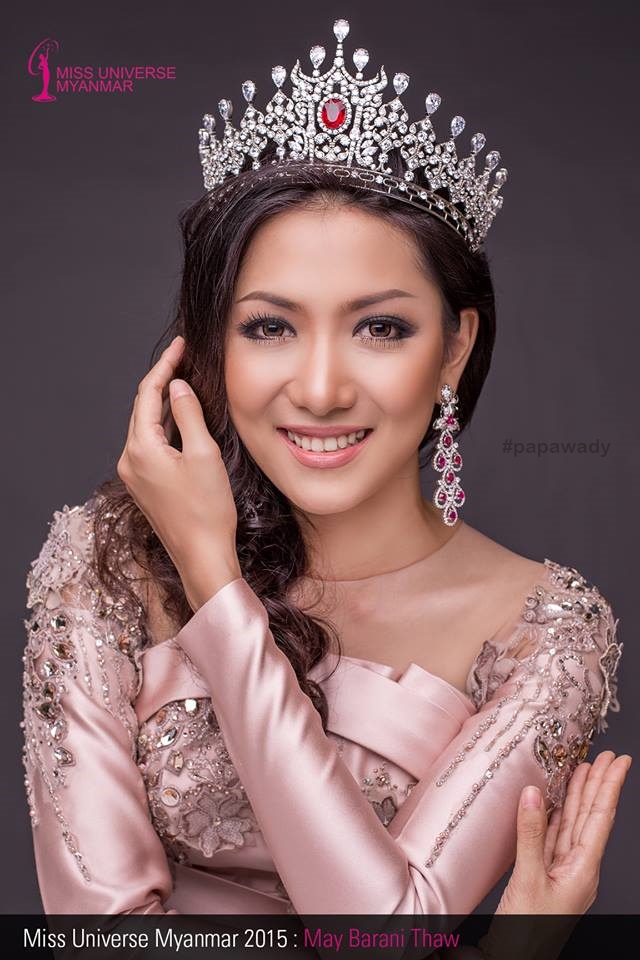 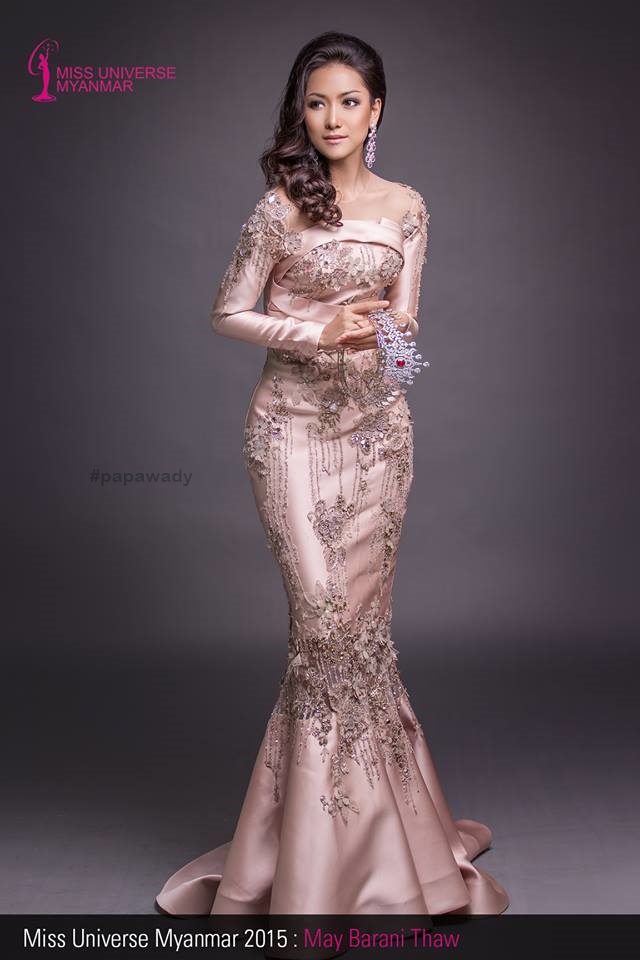 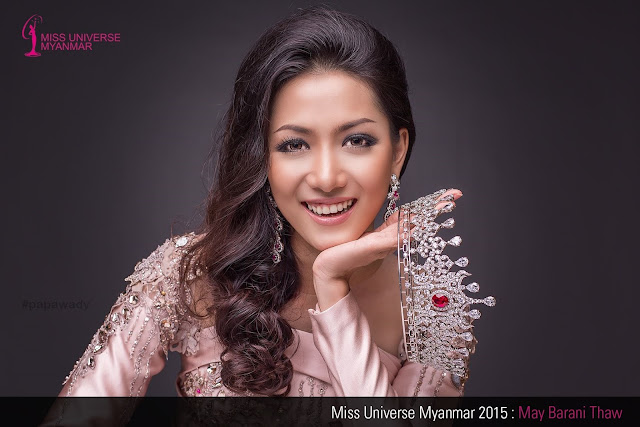 According to Miss Universe Bio

May Thaw was very ill throughout her childhood. This caused her to constantly miss school and lead her to have very few friends. May had little confidence and was afraid to meet new people. She was afraid of doing anything due to her constant fear of failing. May decided to compete in a local beauty pageant and she came in second place. May was motivated and inspired by other pageant winners competing in the pageant circuit.

1.May doesn't know anything about western dances, but once had to perform one in front of crowd!

2.May is the first titleholder to have competed in two beauty pageants as Myanmar's representative.
Celebrity Fashion May Barani Thaw Miss Myanmar Miss Universe Myanmar