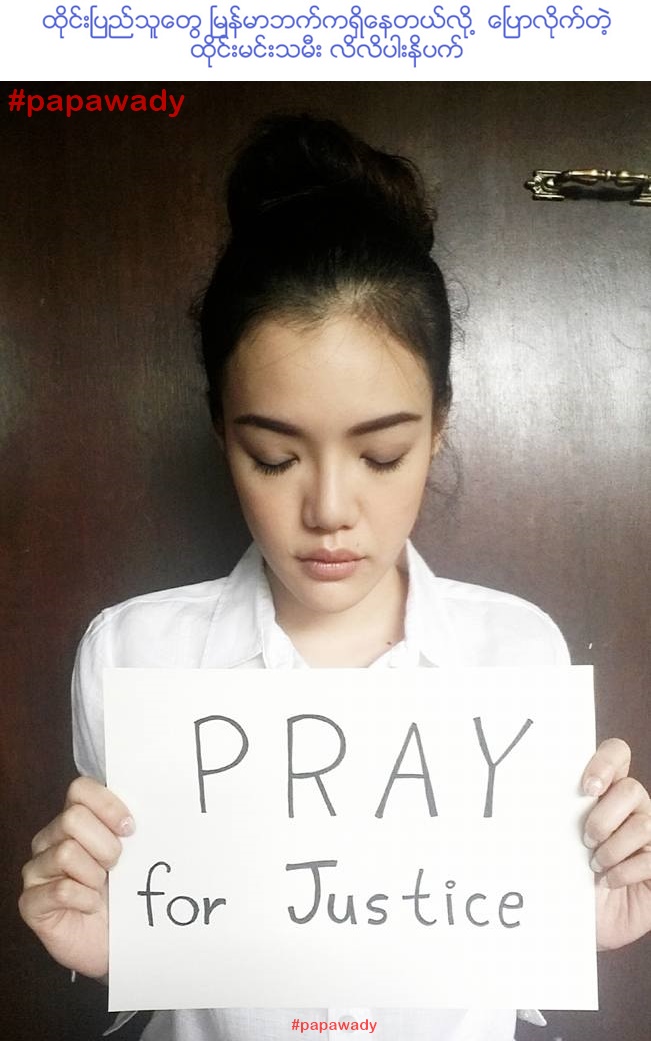 Thai actress Panipak posted on her facebook this morning after hearing news of two myanmar migrant workers win and zaw were sentenced to death. She hold " Pray for Justice" as many people are shocked with this news.

According to Bangkok Post "Myanmar's ambassador to Thailand said on Friday the sentencing of two Myanmar migrant workers to death for the 2014 murders of two young British tourists would not affect diplomatic relations, even as protests grew in Myanmar's largest city." 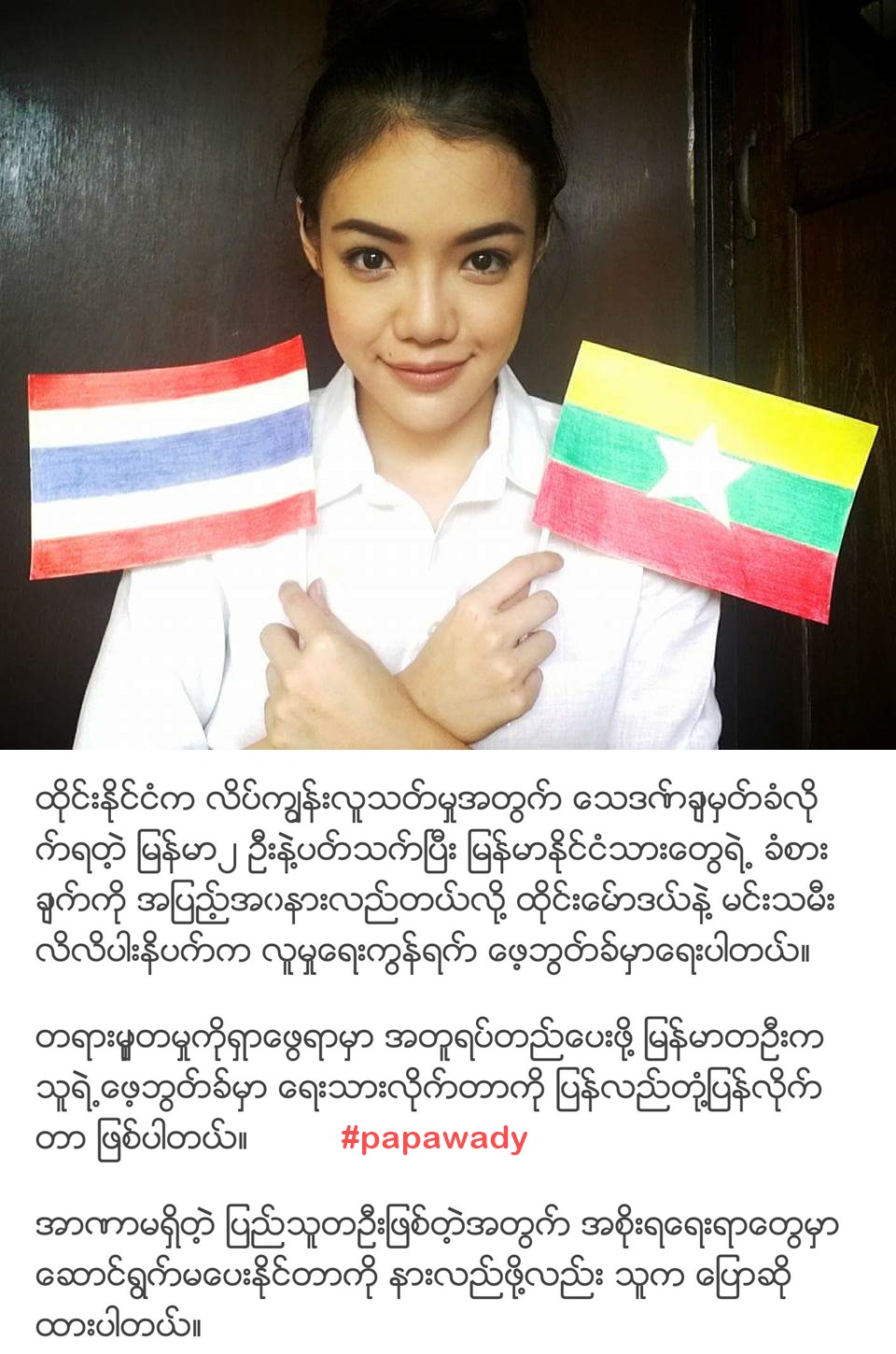 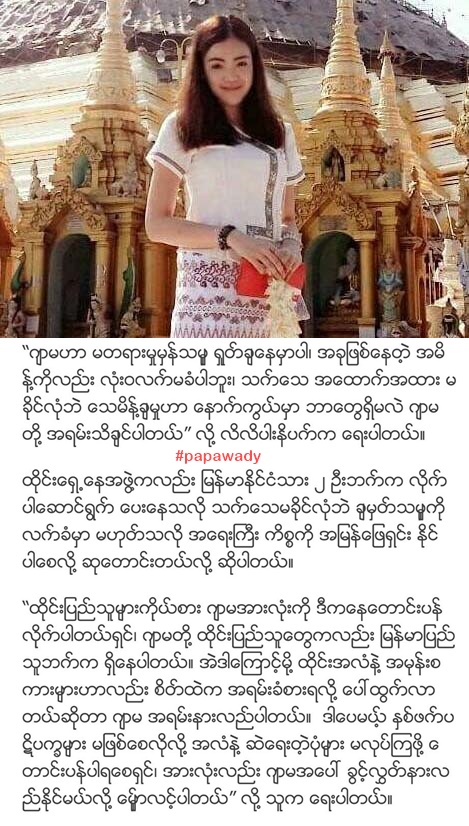